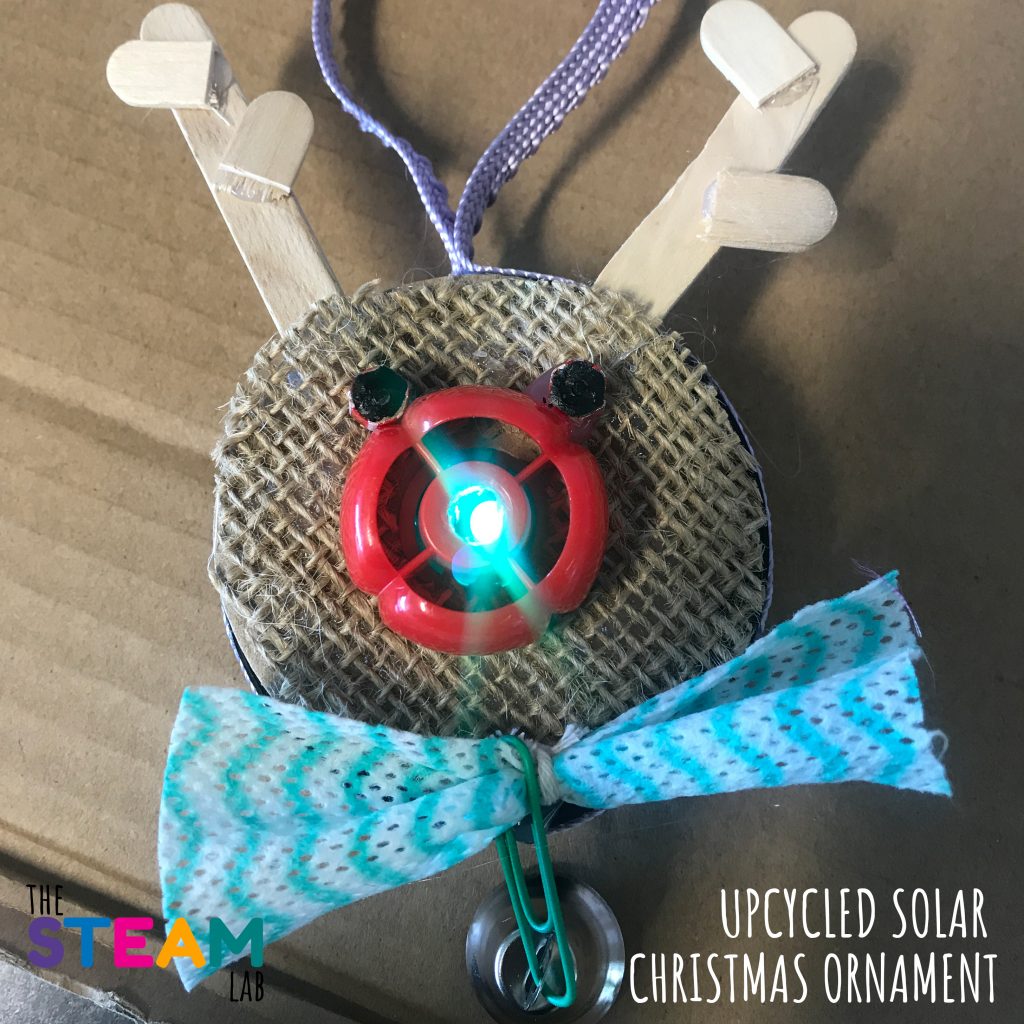 This super simple project turns a solar stake light into an amazing upcycled christmas ornament that charges during the day and shines at night. 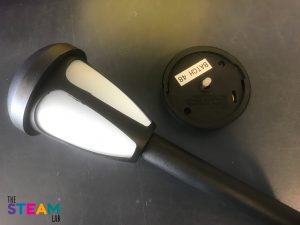 The solar stake light we used has a colour changing LED in it. You can usually find cheap outdoor solar stake lights at discount stores at Christmas time or in the lighting section of a hardware store.

The solar cell on the back of the solar light, also called photovoltaic (PV) cells (photo meaning "light" and voltaic meaning "electricity"), convert sunlight directly into electricity. A solar cell works by allowing photons, or particles of light, to knock electrons free from atoms, generating a flow of electricity.

Photovoltaic cells are made of special materials called semiconductors such as silicon. When light strikes the cell, a certain portion of it is absorbed within the semiconductor material. Metal conductive plates on the sides of the cell collect the electrons and transfer them to wires. At that point, the electrons can flow like any other source of electricity.

In the solar light this electricity is used to charge a battery which stores the energy until it becomes dark enough and light sensor in the solar light activates allowing the LED to light up.

You can make a variety of different ornaments, try making a santa ornament or a snowflake or a christmas tree!