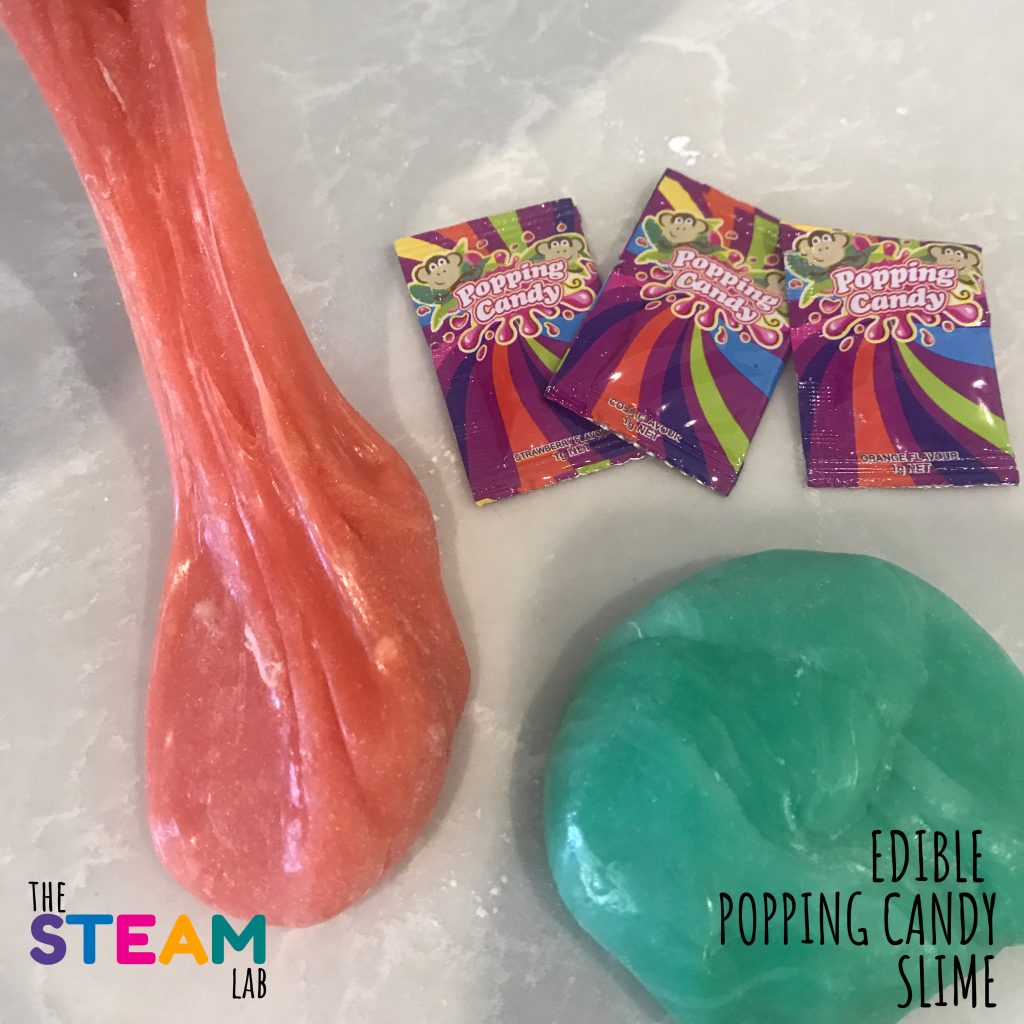 This simple slime recipe is sticky, messy, fun that looks good enough to eat because it is! This slime only takes a few minutes to make, and you can make all sorts of different flavoured and coloured slime.

When heating the gummy lollies it can become very hot be careful not to handle it until it has cooled down. 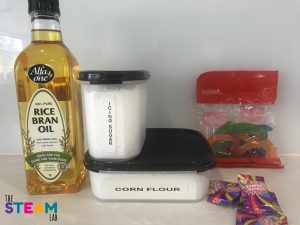 Most types of slime, are examples of polymers. A polymer is made up  of  large chains of molecules. Common synthetic polymers are rubber, plastic, and nylon. Common natural polymers are starch, DNA, and some proteins (in our case Gelatin).

When making non edible slime PVA glue (a polymer) is usually combined with borax. The chains of molecules in PVA glue slide past one another fairly easily, allowing the glue to be poured from the bottle. But when borax is added to the glue a slime which can be stretched, pulled and shaped is formed. This type of slime forms as a result of cross-linking between the protein molecules of the glue and the borate ions of the borax solution. Cross-linking involves the formation of bonds that tend to link together large molecules in such a way that they are no longer free to slide past one another.

In our edible slime the gelatin in the gummy lollies contains proteins that combine with the glucose syrup to make a stretchy edible slime.

If there is any slime left you can store it in a zip lock bag for a couple of days but its not a good idea to eat the slime if it has been played with excessively! Try using other types of lollies to make slime Starburst and gummy bears also work a treat!